A few months ago we were exploring Newtown and it just so happened that the Newtown festival was on that day and I also had my camera on hand. I didn’t take many photos as I was caught up in the lively surroundings, music and food. 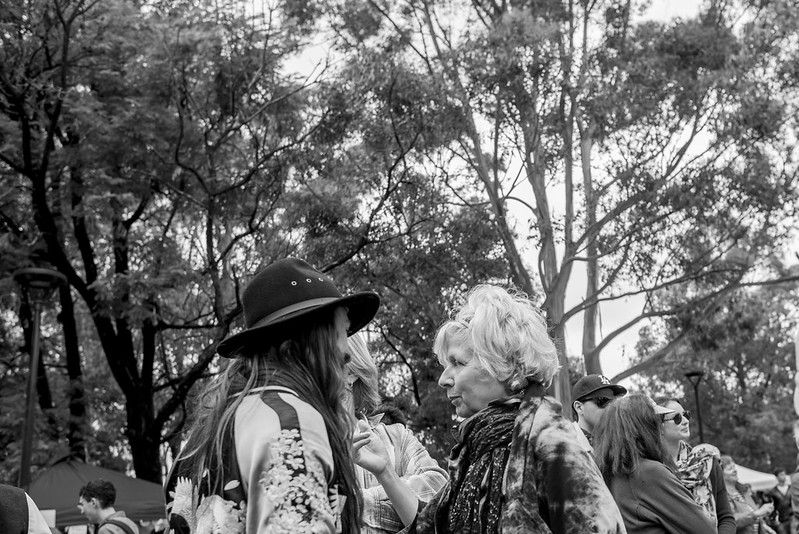 It began to drizzle and we decided to take cover at a nearby tent which showcased talks from different writers. As we walked inside we saw a man seated on a raised platform. He was an Australian author and was speaking into a microphone to a small crowd before him. We sat down and listened to him talk about his life as a detective, his experiences of sailing from Europe to Australia and his struggles with depression and how he overcame them. At one point he broke down and cried. I don’t think I’ve seen many grown men cry, especially one seated in front of a few dozen strangers. I was captivated throughout his talk. I admired his courage to speak truthfully about his life and show complete vulnerability. When he finished speaking, I walked out of the tent feeling admiration and connectedness. It was really refreshing to hear someone speak so candidly and authentically.

It reminded me of this TED talk by Brene Brown about vulnerability.

I’ve also read her book ‘Daring Greatly’ and I highly recommend it. It is relevant and useful to absolutely everyone.