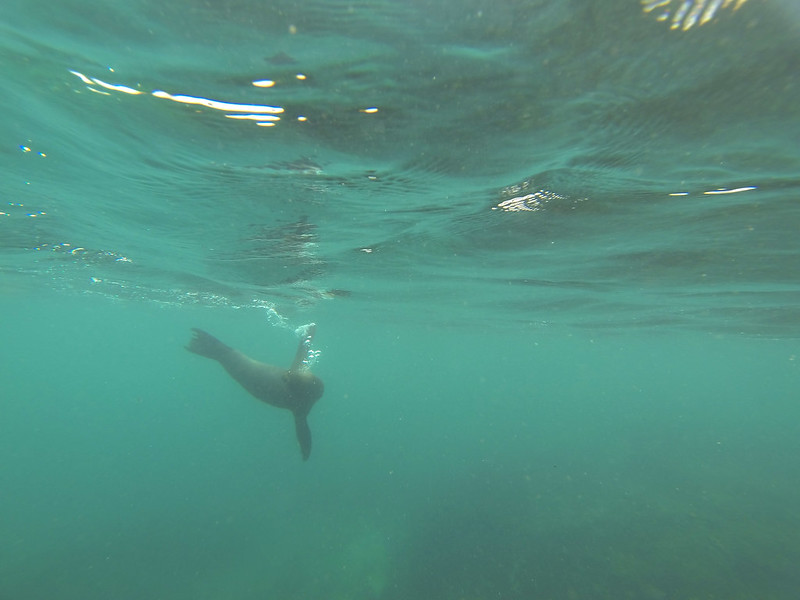 This was also my first go at underwater photography. I had a GoPro Hero3 with waterproof shell in tow. It was difficult to use and hard to frame (I don’t have the attachable screen so I was pretty much shooting in the dark). Also, I missed a lot of shots as I didn’t realise that it had a second delay. In my opinion I don’t really recommend the GoPro for underwater photography (or photography in general) – that one second delay really kills it for me, especially when you have sea lions zooming past you. It’s probably the DSLR snob in me that prefers manual settings, faster shutter speeds and RAW files. 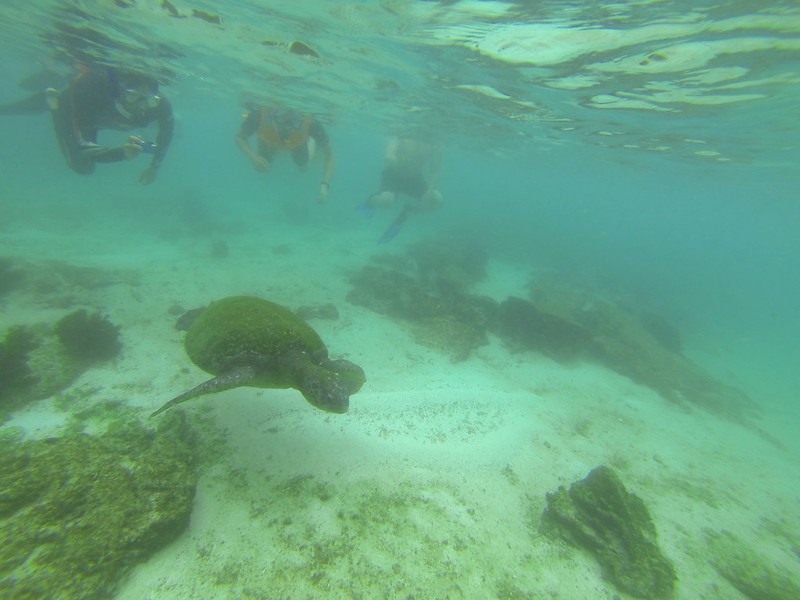 The sea turtle is so majestic as it floats along the sea bed. We had been following this turtle for quite a while, taking photos and watching it glide along and didn’t notice that our snorkelling guide and the rest of the group was 100m ahead of us and had been telling us to move along. 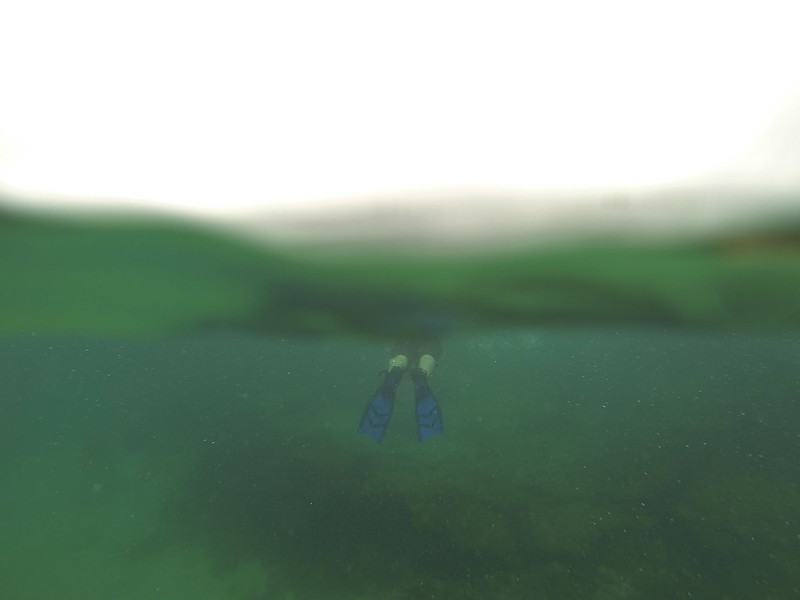 I had been trying to create a photo effect the whole trip to take an image of someone half underwater and half above water but unfortunately it was really difficult with the GoPro as I couldn’t see how I was framing it. 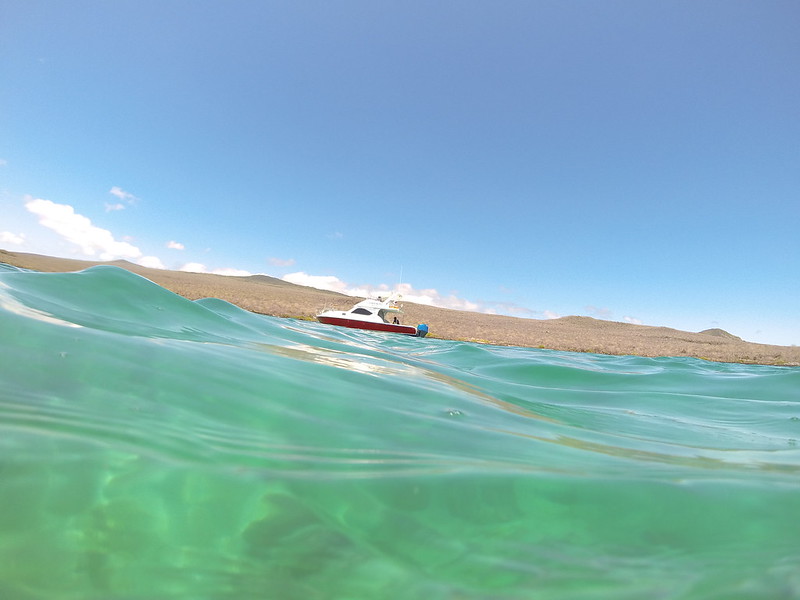 This was our boat. 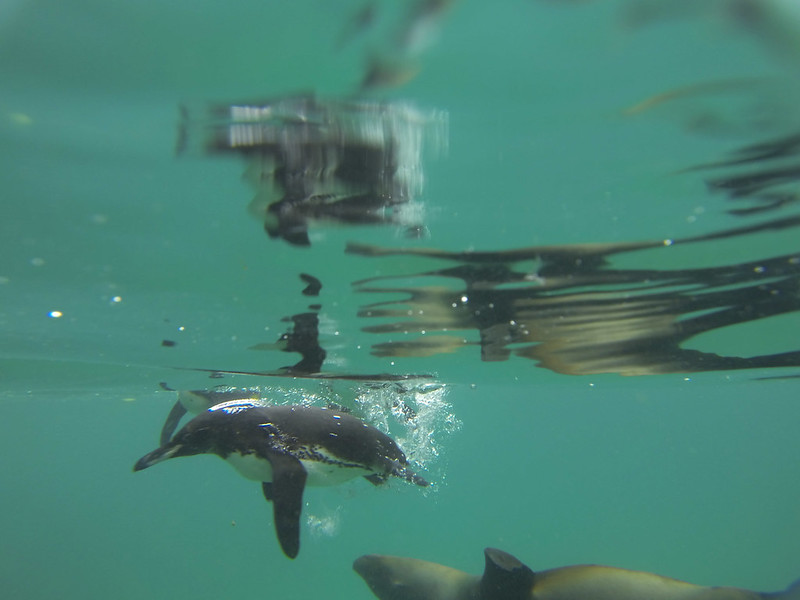 Our guide told us to stay put as we were swimming underneath a school of fish. All of a sudden sea lions started zooming past. They are really curious creatures – they would swim directly to me at a really fast pace, almost as though they were going to crash into me, then at the last minute, swerve out of the way. They would continue this game for quite a while. I also saw a few penguins diving for the school of fish. It was a feeding frenzy.

I was able to capture this image of a penguin zooming past and a sea lion hot on it’s tail. I believe the sea lion was trying to hunt the penguin.