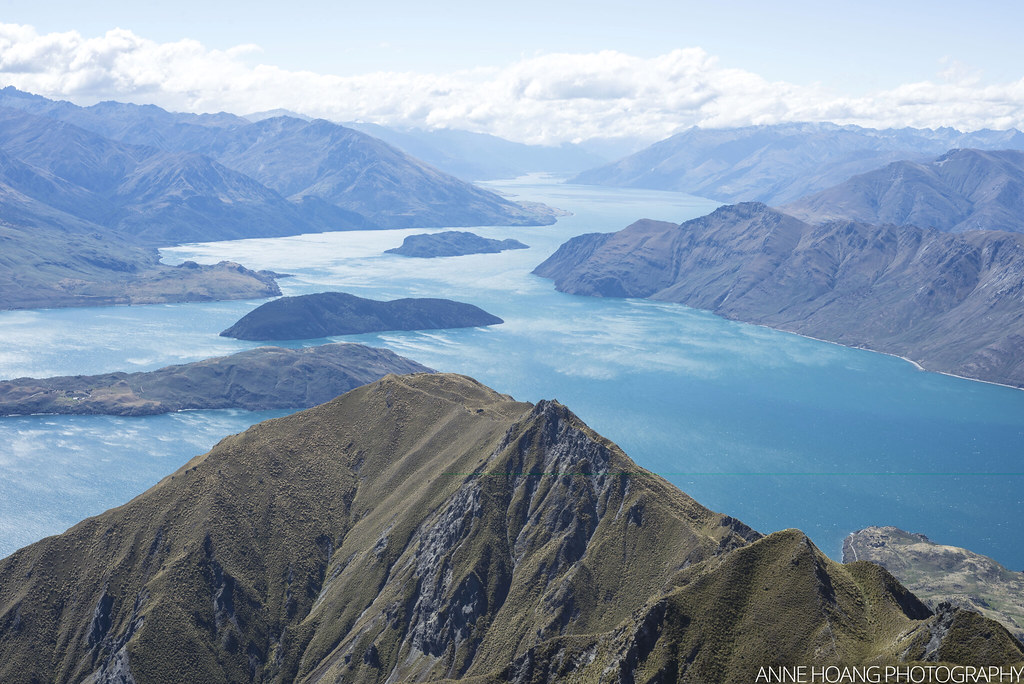 I had seen images of Roys Peak over and over again when researching New Zealand and romanticised this hike in my mind. The reality was much more difficult, sweaty-er and the track was crowded with international hikers. But when you’re standing at that trail leading to sweeping views of Lake Wanaka and surrounding peaks, you realise why you love and hate hiking at the same time. The pain is worth the effort (well most of the time) and the view at Roys Peak is one of the best I’ve seen in New Zealand.

The drive to Roys Peak is a quick 8mins from Wanaka (pronounced one-a-ka) town centre. There is parking on both sides of the road and when we got there at 10am on a Sunday, the car park was near full.

The path starts as an uphill wide grassy trail with constant switchbacks along the mountain. There are steep short cuts that you can take and tempted by the possibility of halving the distance, I climbed straight instead zigzagging. Although we had surpassed the woman that was in front of us, we were so devastated by the shortcut’s incline that she overtook us soon after anyway. There’s a reason why no one takes the shortcuts, better to save your energy and take the long route I say.

About half way up Roys Peak, the grass dissipates and the trail becomes dusty. It was a piercing hot day and the trail provided little to no shade. We encountered grazing sheep that would stare as we passed and hopped over a few fences dividing private property. 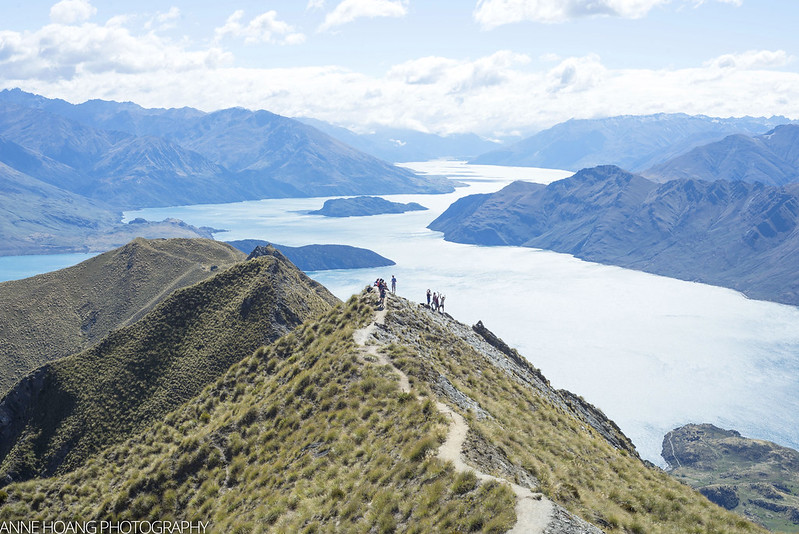 At around midday we reached the photographic point that I had seen in all the instagram shots and travel blogs. To my surprise, this was not actually Roys Peak, regardless the view was breathtaking, albeit crowded. There were about 20 other people there so we decided to eat lunch and wait it out to get the shot. The line of selfie photogs continued after lunch so I partook in my favourite pastime and laid down on the mountainside and napped.

An hour later I awoke to itchy sunburn on my chest and a small crowd of people so we decided to make our way to Roys Peak summit, which is about another 40mins. With food in my belly and the hour nap, I felt energized for the final slog uphill. 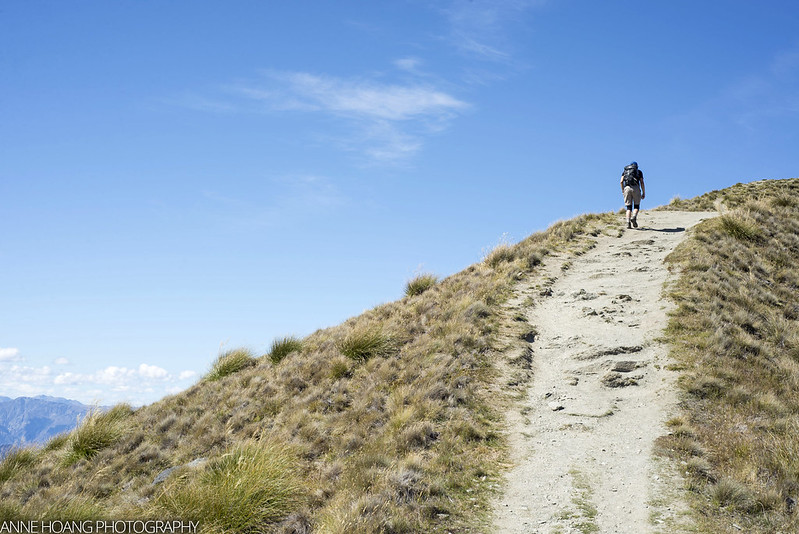 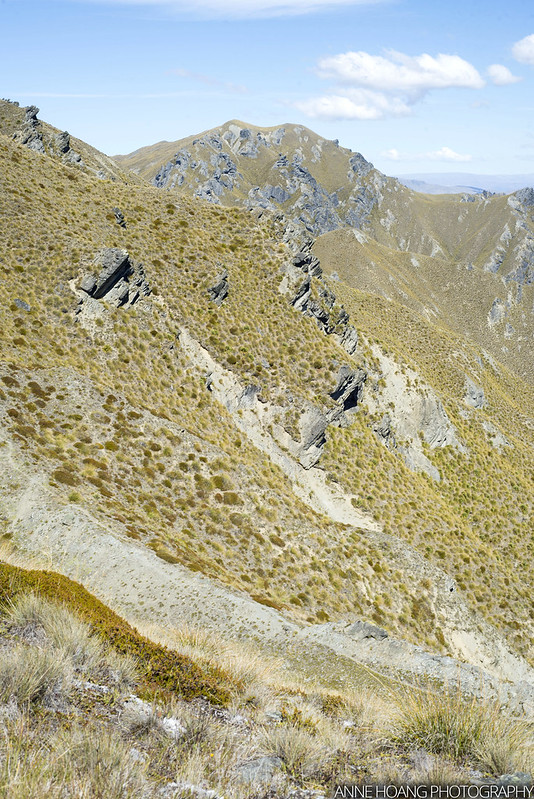 Many people reach the photographic viewpoint and turn around, never continuing on to Roys Peak summit. However, the views leading up to the summit are much grander and well worth the extra 40mins-1hour. We explored the surrounds of the summit and I daydreamed about traversing the mountains on a multiday trek. 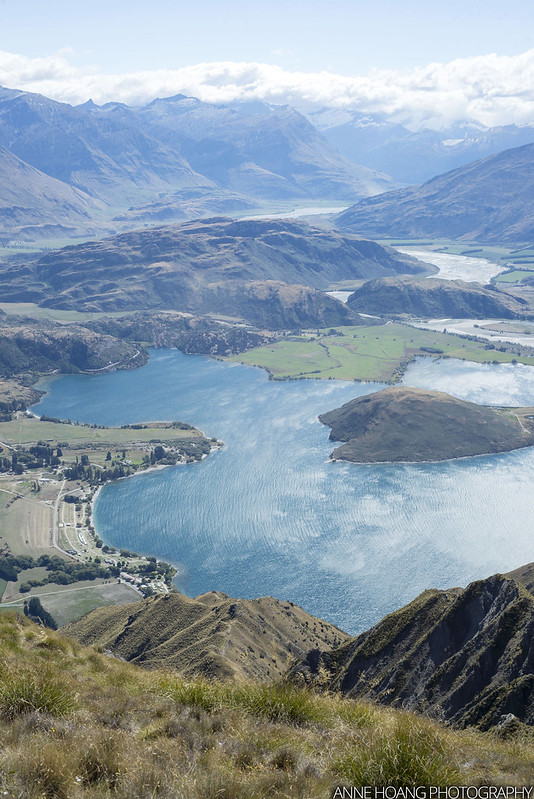 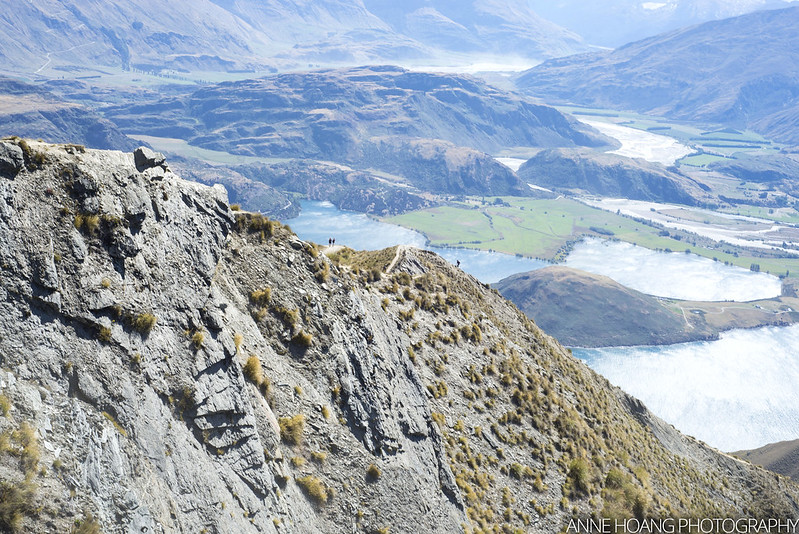 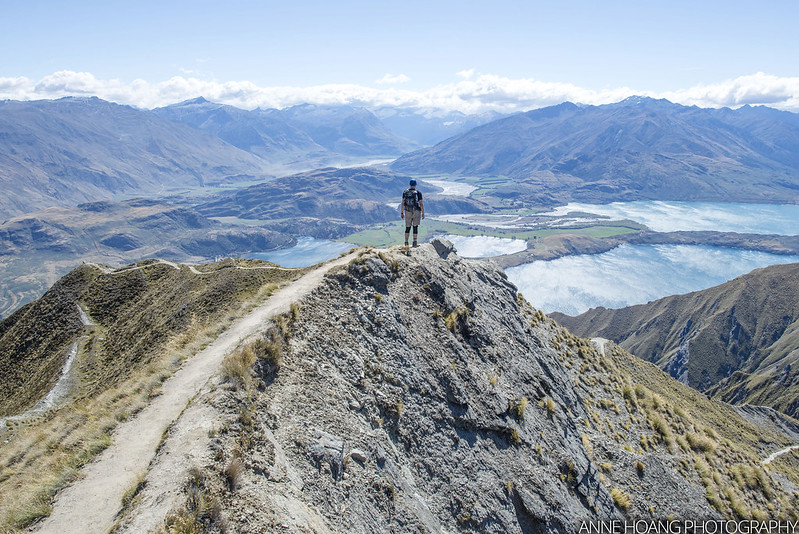 For those that want more of a challenge, you can link Roys Peak track to Mount Alpha via the Skyline Ridge Traverse.

Going down was hard on the knees but the epic views of Lake Wanaka and Mount Aspiring/Tititea in the background made it all worthwhile. 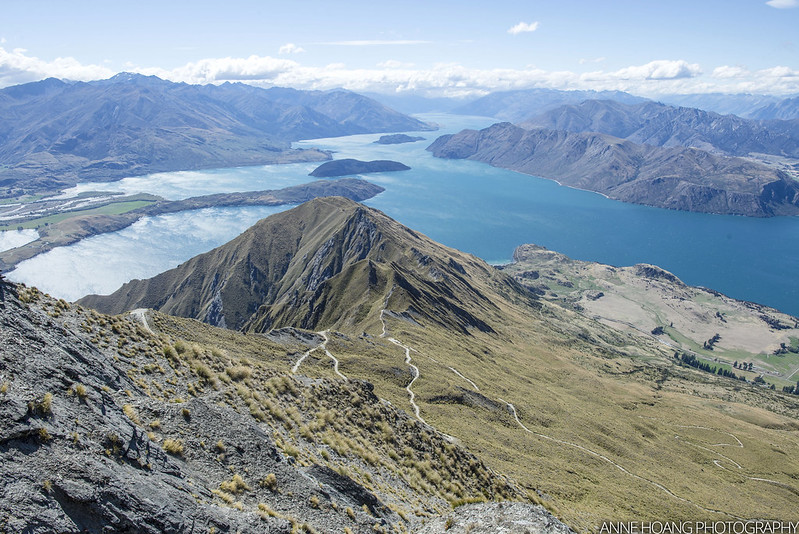 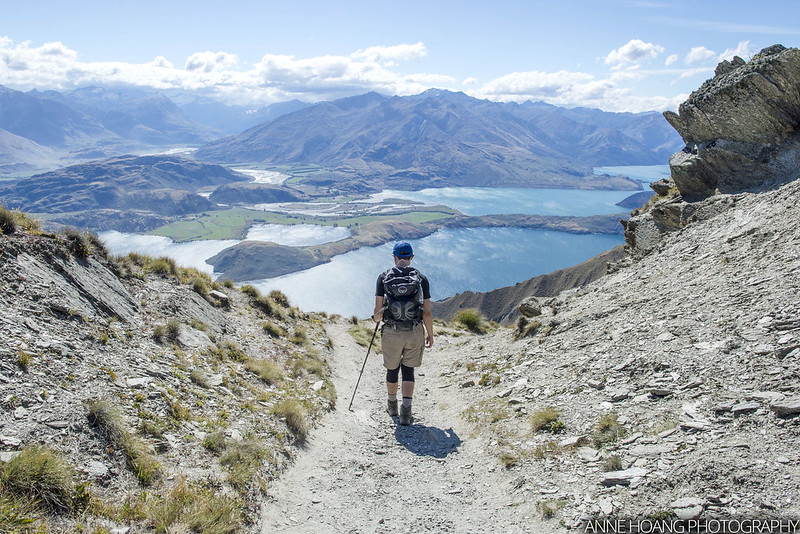 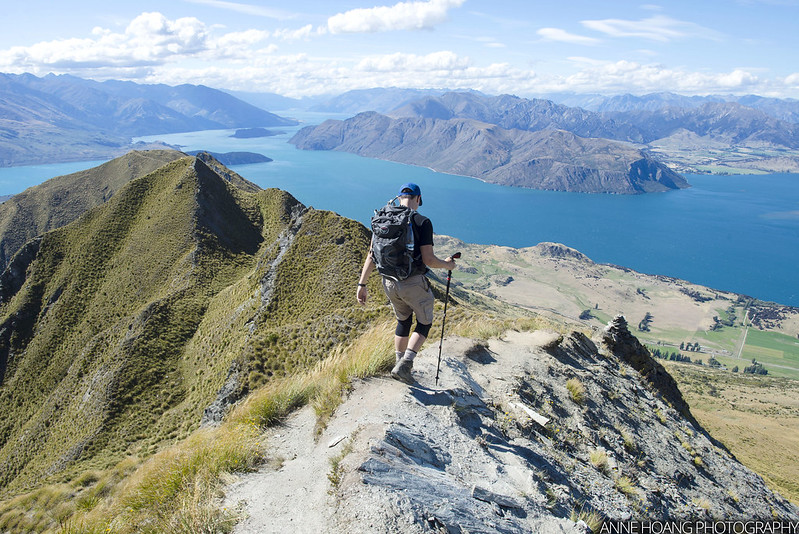