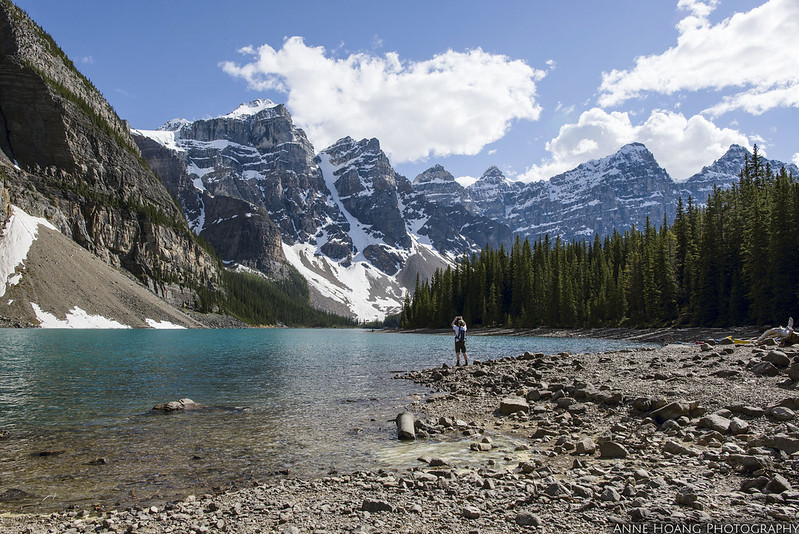 A rush of panic swept over as I gazed at the near empty shelves in the supermarket. People were frantically trying to snatch up food, water and supplies. It had been raining heavily the past two days in Banff and now both exits out of town were blocked off due to serious flooding. Lakes were overflowing and houses were submerged. We had no way out of town and the road blockage meant that we were going to miss our flight. We were stuck.

In June 2013 we arrived in the beautiful mountain town of Banff, the gateway to the Canadian Rockies. Before the flooding set in we had lapped up the alpine scenery, pristine turquoise lakes, glaciers, gluttonous poutine and outdoor activities such as hiking and cycling. We even spotted a black bear and a wolf in the wild.

The rain and flooding came quickly and it was a scary time in our lives, the first natural disaster we’ve experienced. I remember the TV warnings flashed on screen about staying indoors and a woman yelling at a man at the supermarket for buying two bottles of water instead of one, as there was a restriction to how much you could buy.

We checked Twitter and consulted the tourist information centre in town about our options. Since we had missed our flight, and the road to the airport was still blocked, our only option was to take a 10 hour drive to Vancouver (our next stop on the trip) the next day.

As we packed our bags and left town, we drove past the flooded lakes and spotted another black bear, although excitement subsided when the bear looked as though it was struggling to get out through a fence. A sense of worry filled as I thought about how the wild animals would cope with the flooding and hoped that their natural survival instincts would lead them to higher ground.

Two to three hours into the drive and the storm clouds vanished into the distance and it was all blue overhead. Although the flooding was unnerving, the wilderness of the Canadian Rockies left a lasting impression.

The below photos were taken few days prior to the rain and flooding. 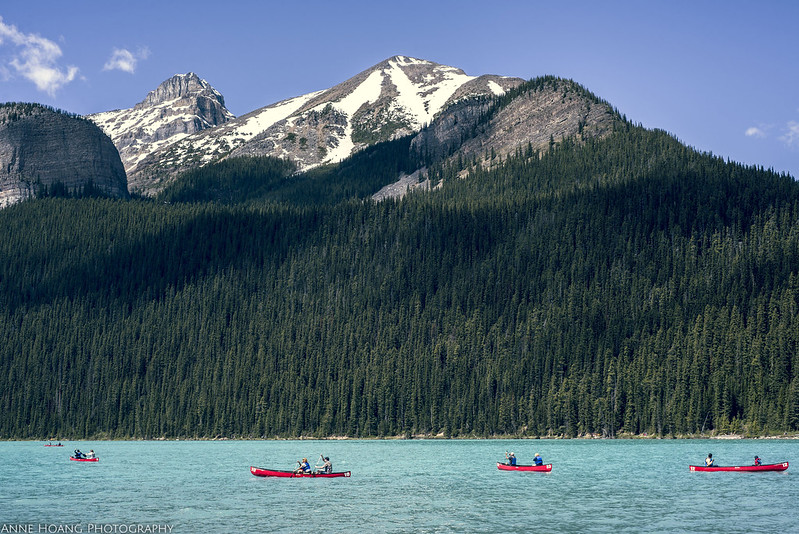 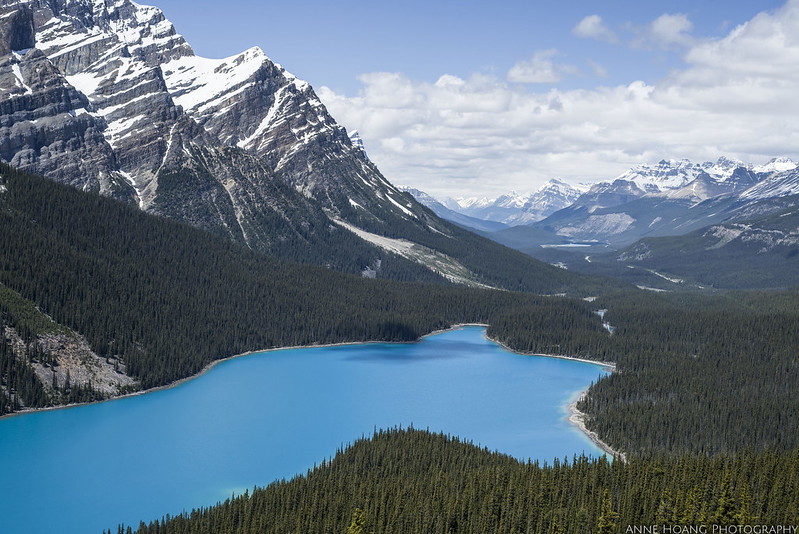 This is Peyto Lake and yes, the colour of the lake is real and not photoshopped. 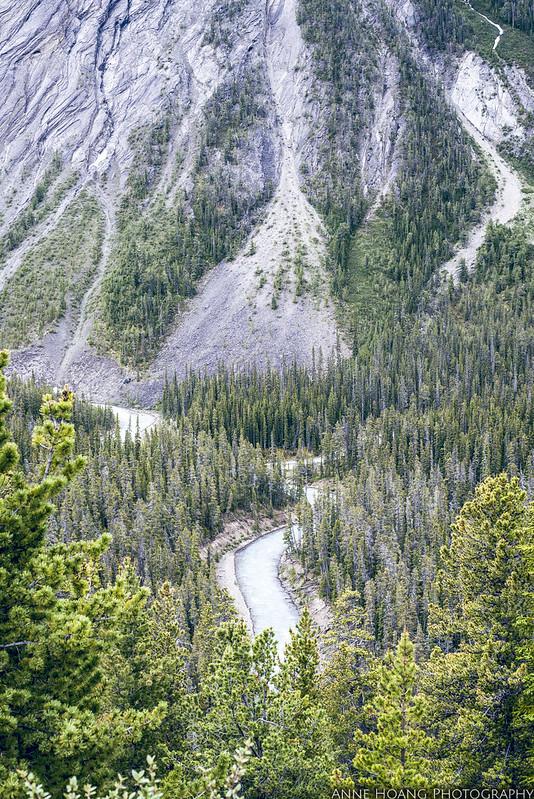 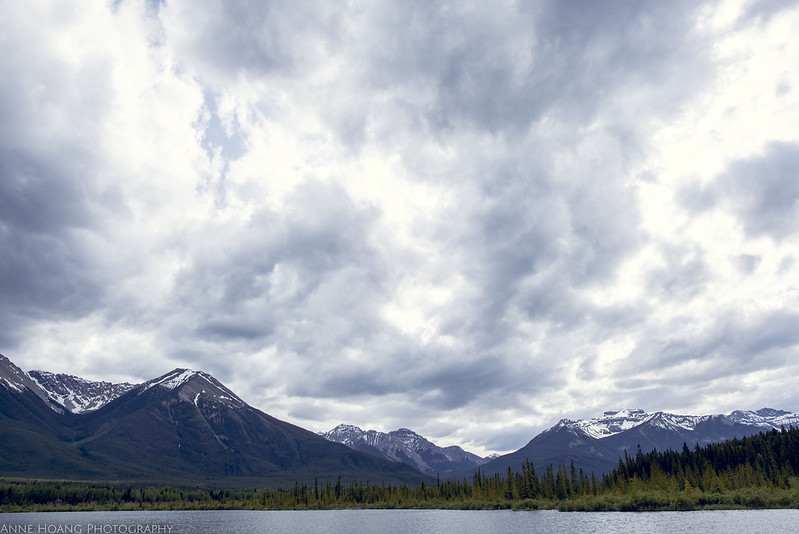 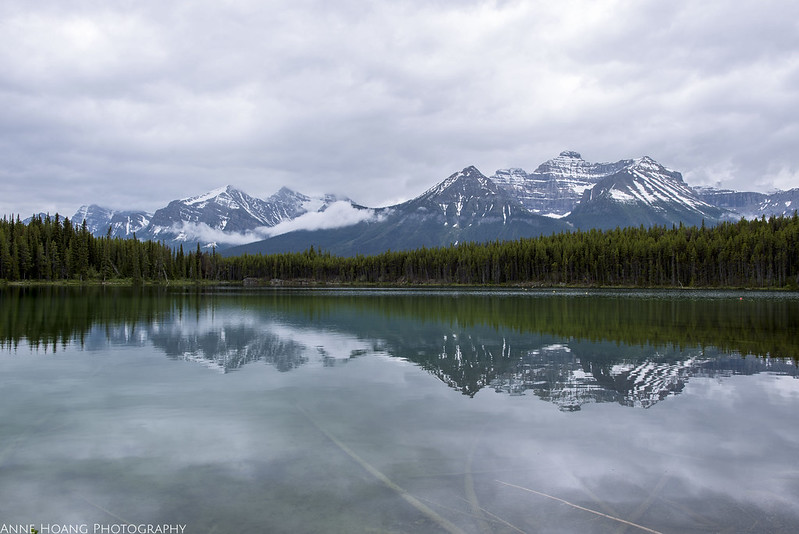 Wonderful reflections from the still water at Herbert Lake, a close drive from Lake Louise. 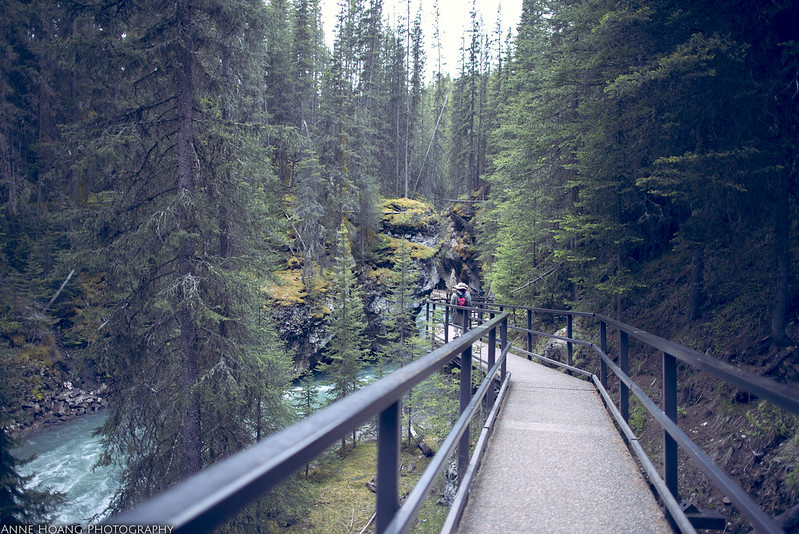 We did a short hiking trail in Banff and passed many river steams, waterfalls and there was still a bit of snow in summer. 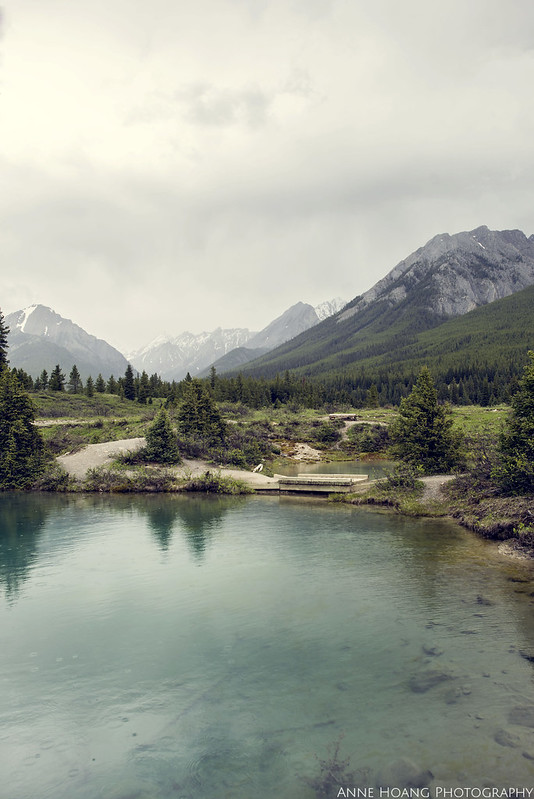 Our first sign of rain on the hiking trail. It was thundering quite loudly but luckily we made it back before the heavy downpour. 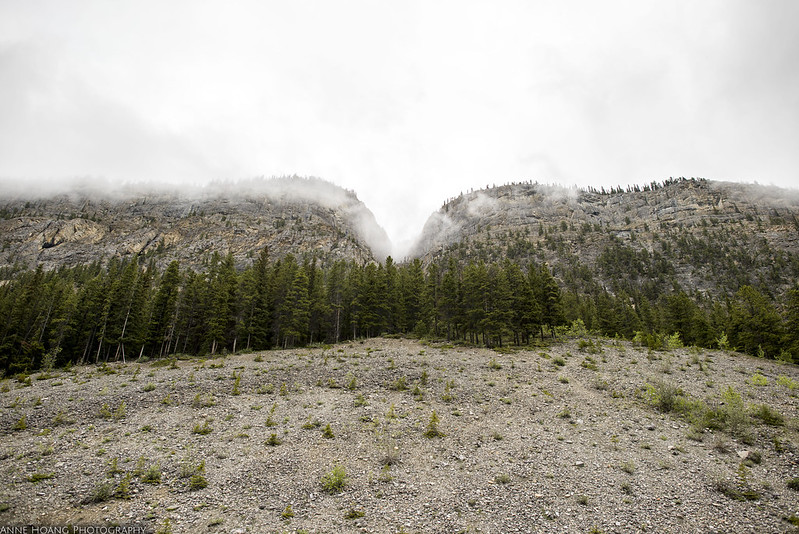