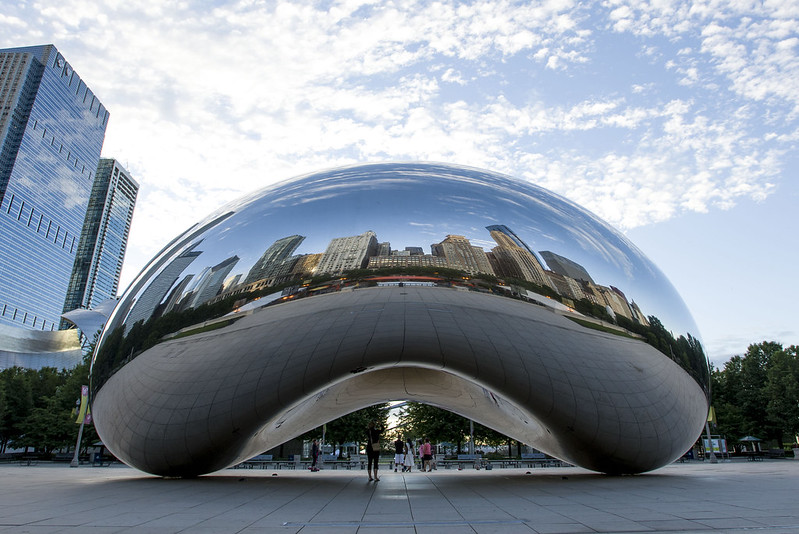 Jetlagged and weary, I hauled myself out of bed. As I splashed water on my face, my eyes stung from the cool water and lack of sleep. Although exhausted, I wanted to explore the city of Chicago in the early morning light.

It was 5am, the sky was still dark but the streets were lit up with glowing lamps. It was empty besides the odd jogger or two. When we arrived yesterday in the late afternoon, the city was buzzing. However, the absence of people and the quiet in the early morning made the city peaceful.

I roamed around the streets, camera in hand. I visited Millennium Park, but was shooed away by the guard as the park did not open till 6am. I walked to Monroe harbour, photographed the sail boats and people watched. There was another photographer there as well and a man sitting by a tree, coding on his laptop. I wondered whether watching the sunrise helped him code better.

As I walked back towards the hotel, the sun rose and cast a golden light upon the beautiful buildings of the Chicago skyline. It was the dawn of a new day. 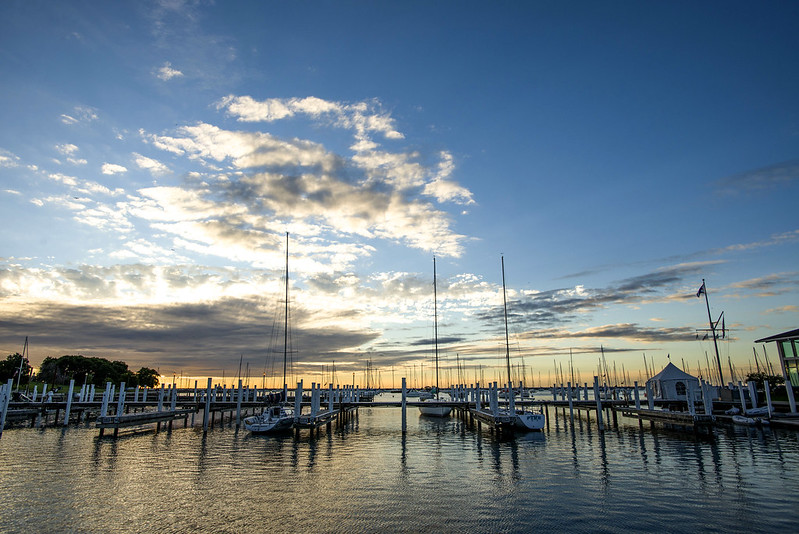 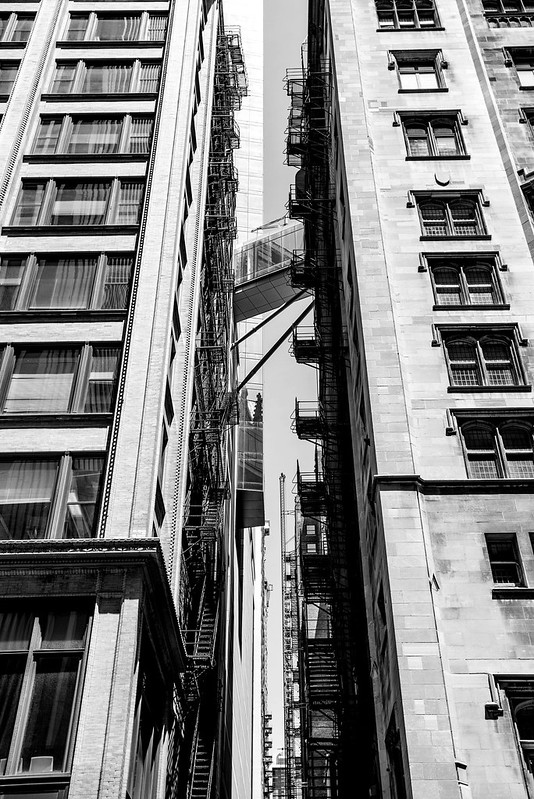 Skybridge between two buildings in Chicago. 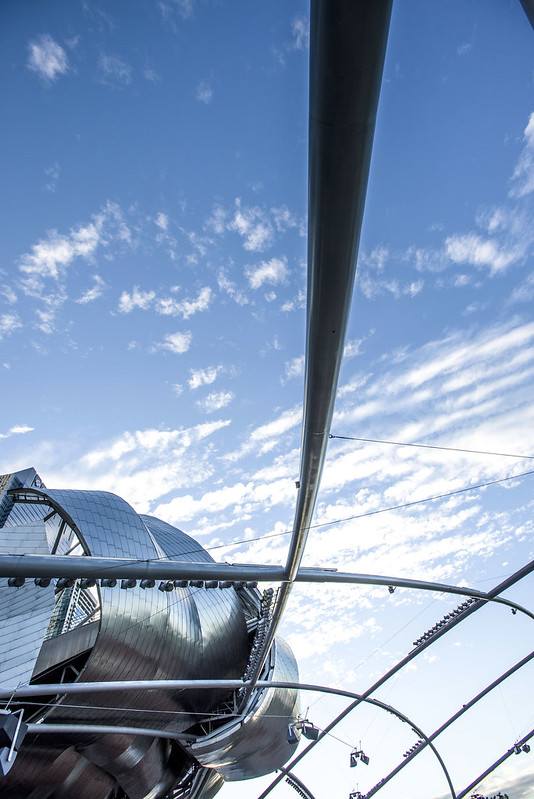 The amazing architecture of Jay Pritzker Pavilion in Millennium Park. 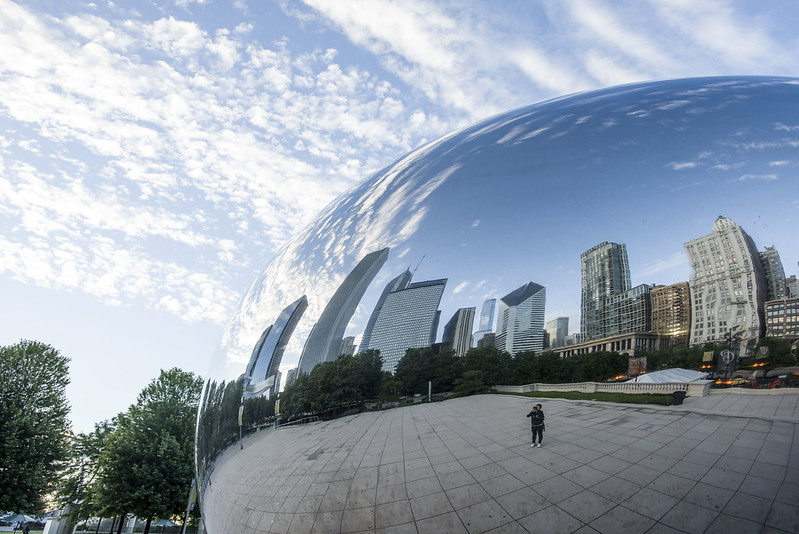 The reflection of me and the Chicago skyline in the Cloud Gate sculpture, also know as The Bean in Millennium Park. 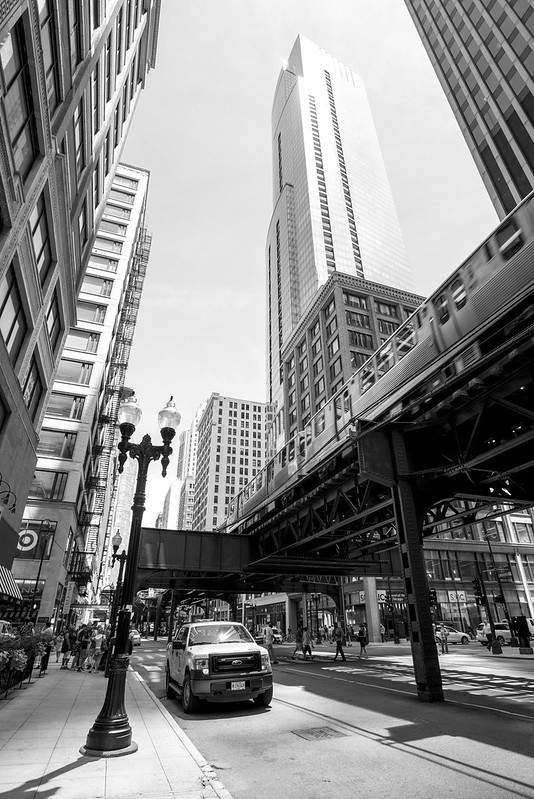 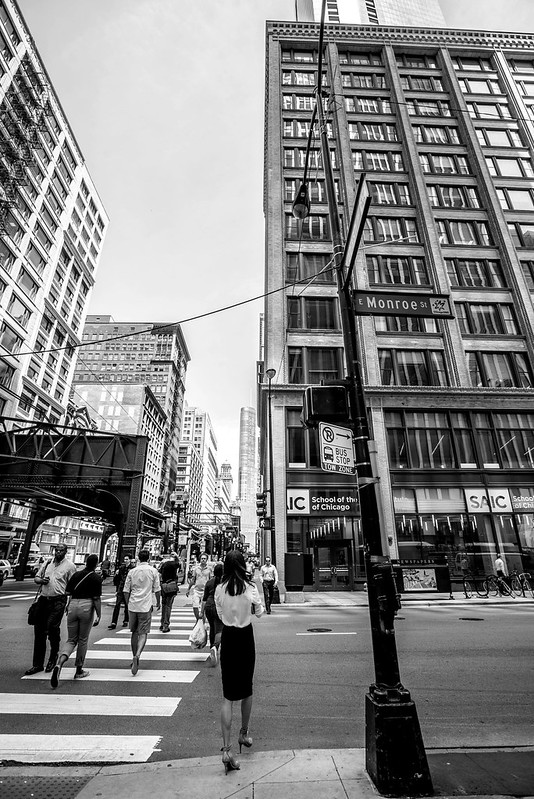 It didn’t take long for the streets to fill with people.

One thought on “Photographing Chicago at dawn”