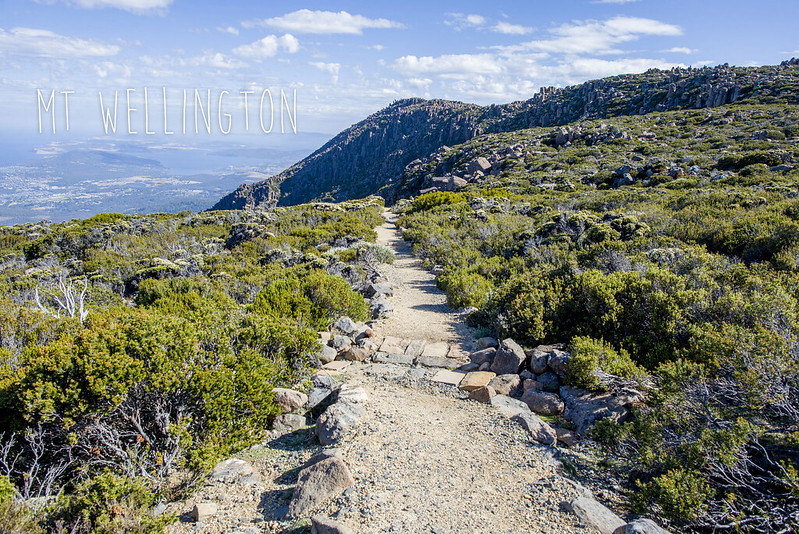 After completing the hectic Cradle Mountain hike the previous day, next on our itinerary was to drive down south to Hobart.

We visited a few towns along the way with our first stop being Latrobe, a small town with a cool antiques store named Reliquaire. It had different themed sections such as vintage antique dolls, to a Star Wars room that sounded Darth Vader music as you entered and even a haunted house section where zombies and headless witches would light up and crackle at you. 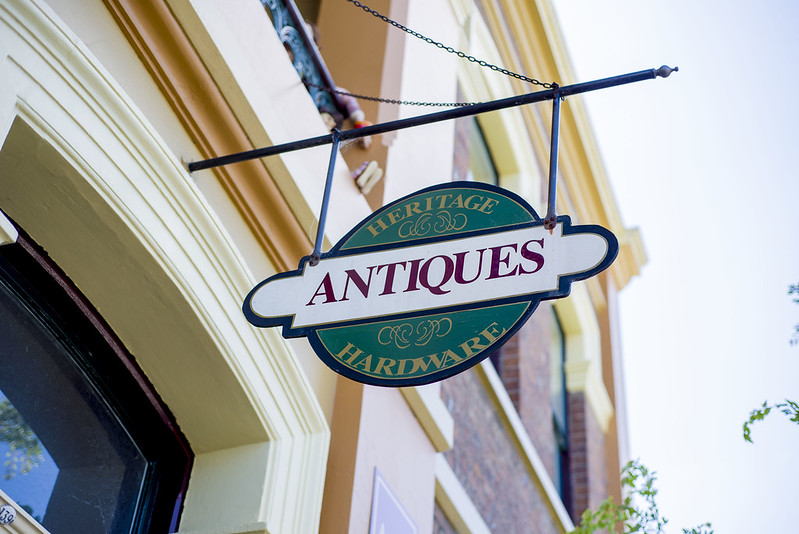 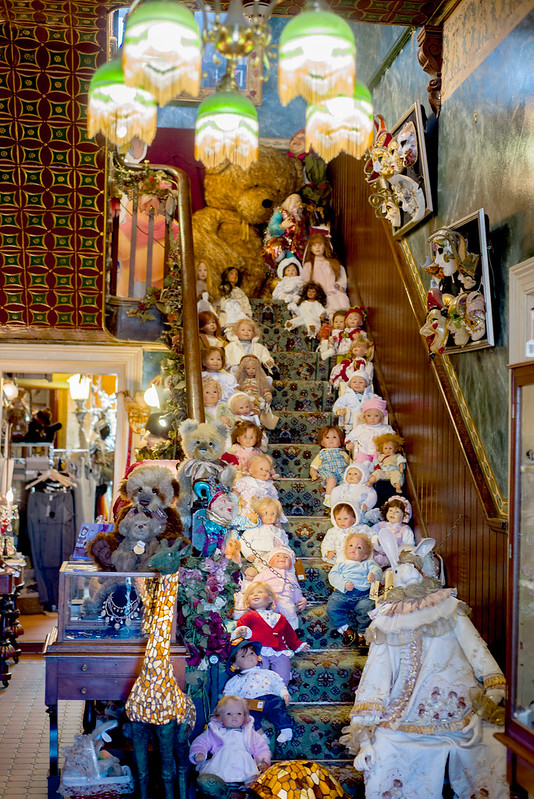 The next town we visited was Sheffield, which is a town full of murals. 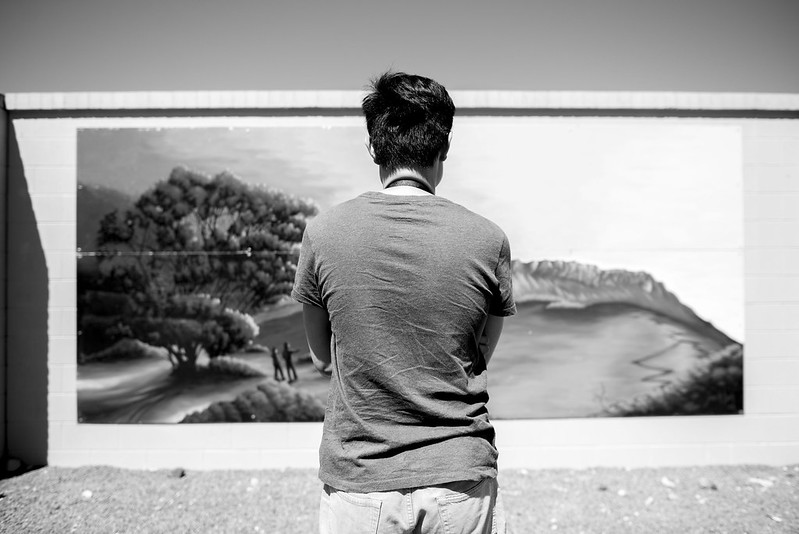 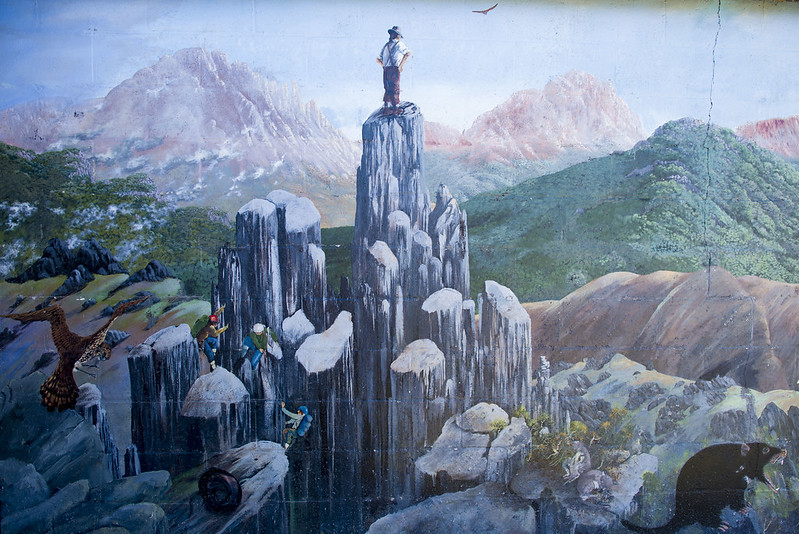 We made a pit stop at Campbell Town which had a convict brick trail telling stories of convicts and the crimes they committed which led them to be transported to Tasmania. Most (if not all) the crimes that we read were so minor. 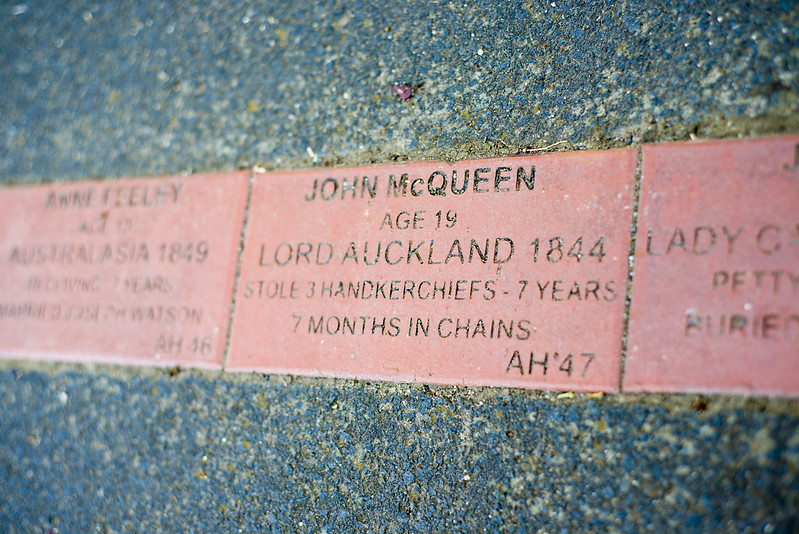 When we reached Hobart, it was late in the day (about 4pm) but we decided to drive up to Mount Wellington as it was a clear day. 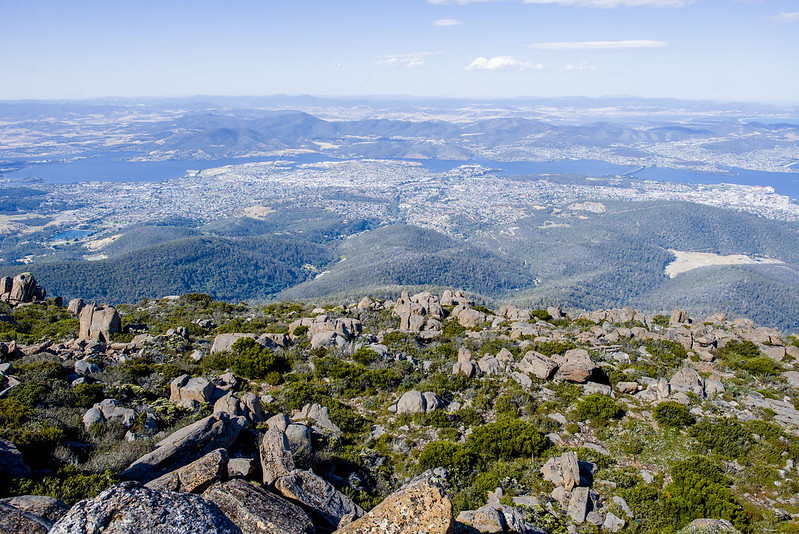 I was looking out beyond at a formation of interesting rocks so we decided to hike up there, despite still suffering from blisters and soreness from the previous day. 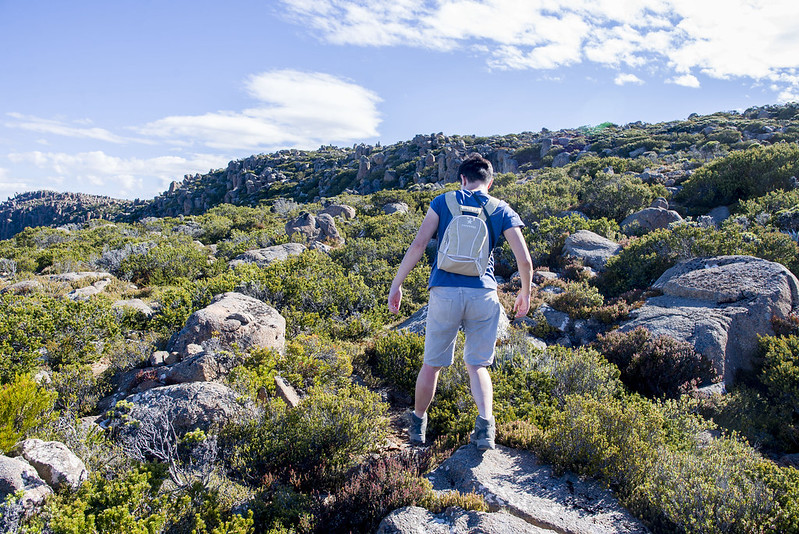 We were jumping from rock to rock and making our own way through prickly bushes when half way through we discovered a marked trail. We followed the trail for a while before we headed off on our own again to reach the rocks in the far distance. 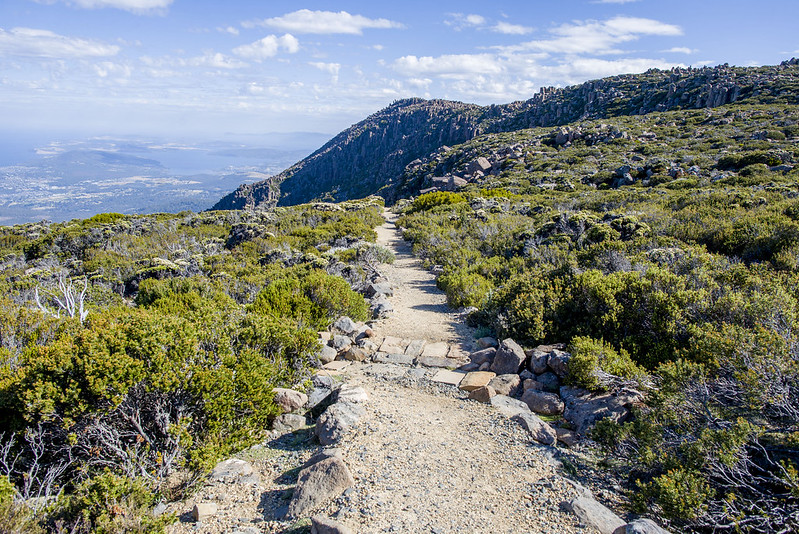 After some light scrambling we reach the rocks! I wished I took more time to get a better shot. 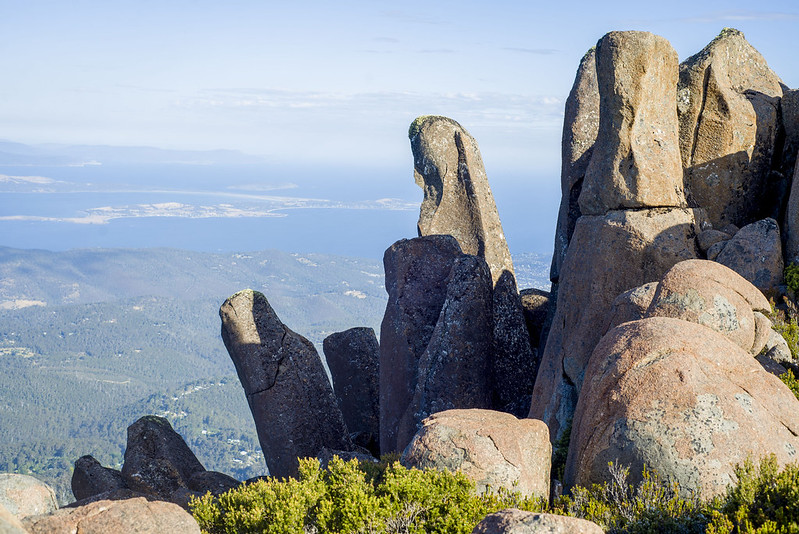 After snapping a few shots we head back to the car (situated near the long pointy tower), once again battling the rocks and prickly bushes. 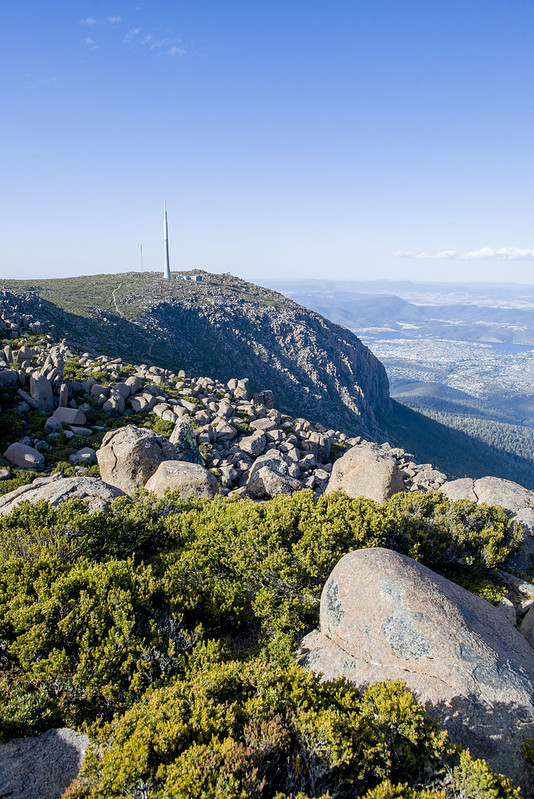