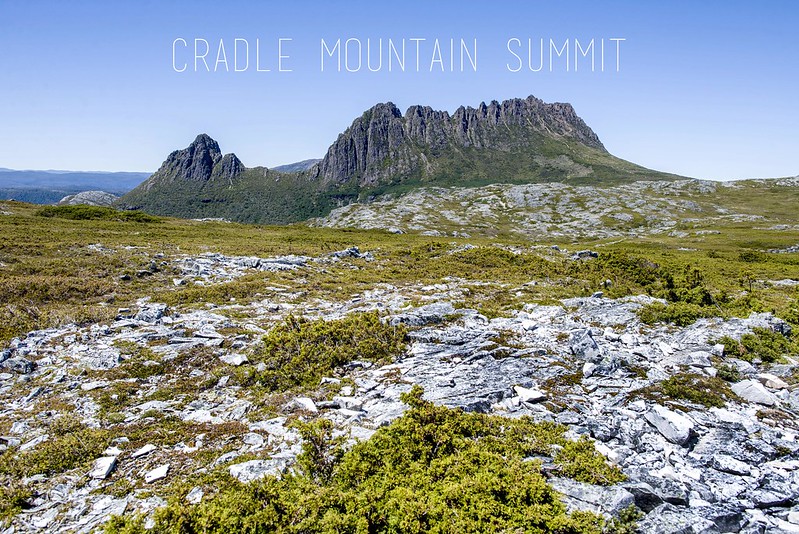 We started from Ronny’s Creek car park to Crater Lake, then on to Marion’s Lookout and up Cradle Mountain. We returned, in what we thought would be a quicker route, but it turned out to be a horribly steep and difficult trail back to Dove Lake. We were over-prepared in some areas like wearing thermals (we read that it sometimes snowed in summer), and piling on the wet weather gear but entirely under prepared in one of the most crucial points, like bringing enough water. It was a scorching hot day and by the end of it we were severely dehydrated and sunburnt.

Climbing up Cradle Mountain is no easy feat. I applaud anyone that endeavours this hike – it’s graded 5/5 in terms of difficulty. We were unfamiliar with this terrain, rock climbing/boulder hopping and you are pretty much scrambling 50% of the time up the mountain. At one point I was boulder hopping and I looked to my right side and saw a steep vertical drop – one misguided step and it was your life. I froze and murmured to Jackson that I had looked down and was scared. He encouraged me to keep going and look ahead.

As we went up, we passed many people that had reached the summit and were heading back down. They kept reassuring us, stating that it was only so and so many minutes away and the view was worth the hard effort.

There was a section in the path where there is a steep dip and then you have to climb back up again – the tipping point for most hikers. A few had reached that mark and turned back, never reaching the summit.

At this stage, we contemplated just giving up – we were so exhausted, I had multiple blisters on my feet and we were running out of water fast. Usually when I have a tough decision I ask myself, will I regret this later. I thought about it and the answer was yes so we pressed on. Although the dip was the hardest part (even more so for me as I have a short frame and couldn’t reach the rocks) it felt amazing to finally reach the summit. It was a clear day and the view was breathtaking – it was spectacular to see the unspoilt nature of Cradle Mountain-Lake Saint Clair National Park.

Notably the hard part was going down the mountain. We were on our bottoms the whole time. I envied the people that bounded from rock to rock at such a quick pace and with ease. As we reached the base we wanted to take the quickest route as the last bus back to our car was at 5:30pm. The so called quick route was not quick at all but incredibly steep and difficult, we also got lost for a bit along the way. By this state we had run out of water and the sun was still piercing at 4:30pm.

I was destroyed, my throat was burning with thirst, I was still sweating bucket loads, which wasn’t great for the dehydration, and every step hurt with the blisters on my feet. We thought we missed the bus, as by this time it was 6:30pm – this meant another 1-2hrs extra walking to get to our car. I had an uneasy dizzy feeling (probably from the dehydration) so Jackson was going to ask some random people to drive us back to the car when we reached Dove Lake car park.

As we reached the car park our faces lit up. We saw the bus at the stop and Jackson ran to wave them down. Luckily for us, this was actually the last bus of the day and we had mixed up the times. When we got to the car we guzzled the warm bottled water that had been sitting in the car for the whole day. We must have drunk the whole 2Ls within ten minutes.

This was the most difficult hike I’ve done so far and although 60% of the hike was painful, I do not regret it. Would I ever do this hike again? Of course not! But I’d recommend everyone to give it a go at least once.

Here are the photos from the Cradle Mountain Summit walk. 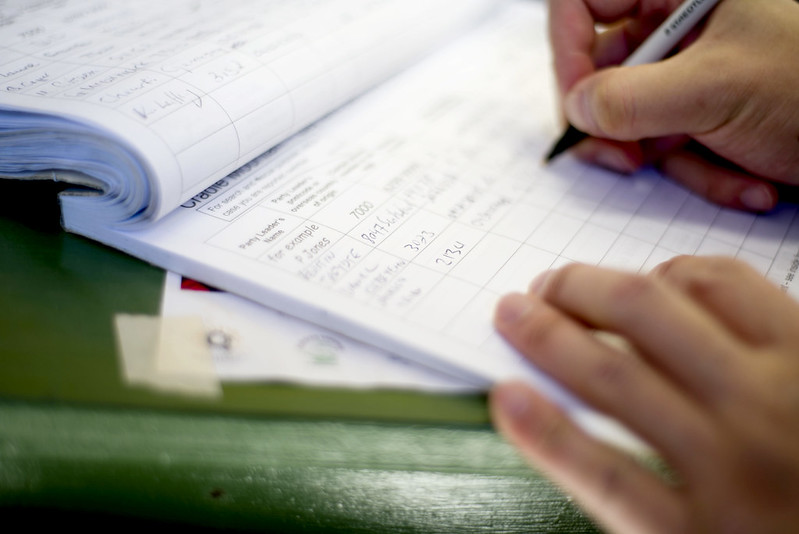 Signing in at Ronny Creek’s car park to make sure that the park rangers know we are hiking. 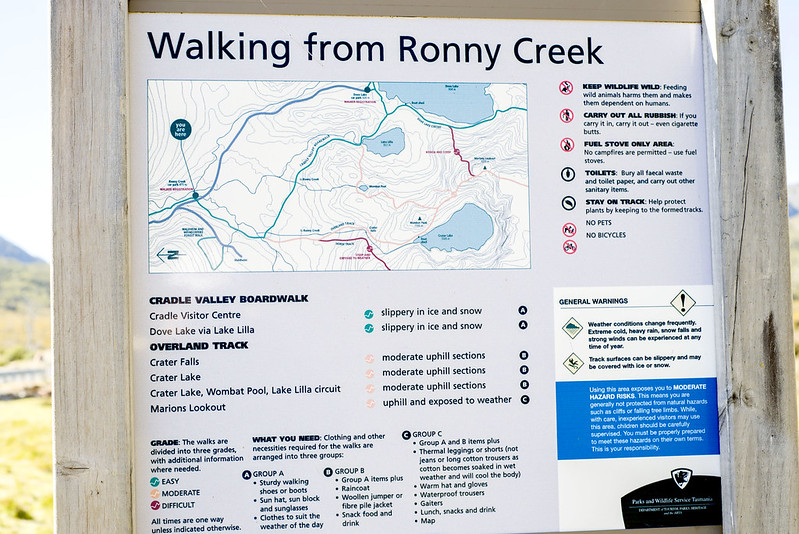 First half of the trail map at Ronny Creek. This is part of the Overland Track which is 65km from Cradle Mountain to Lake Saint Clair. Varying vegetation as you progress further into the walk. This is Crater Lake – as the name depicts, a lake in a crater. Another view of Crater Lake. Jackson at a scenic point near Marion’s Lookout. Our first sighting of Cradle Mountain on the trail near Marion’s Lookout. Getting closer to Cradle Mountain. The other neighbouring mountain to Cradle, Barn Bluff. We met some British people that had just climbed Barn Bluff and then were attempting to climb Cradle Mountain afterwards – hats off to them! The route up to the summit. Taking a rest and enjoying the view. This is the dip in the trail – it doesn’t look too bad in the photo but trust me, it was really hard. Tiny specs of colour in the photo are people. We have reached the summit! 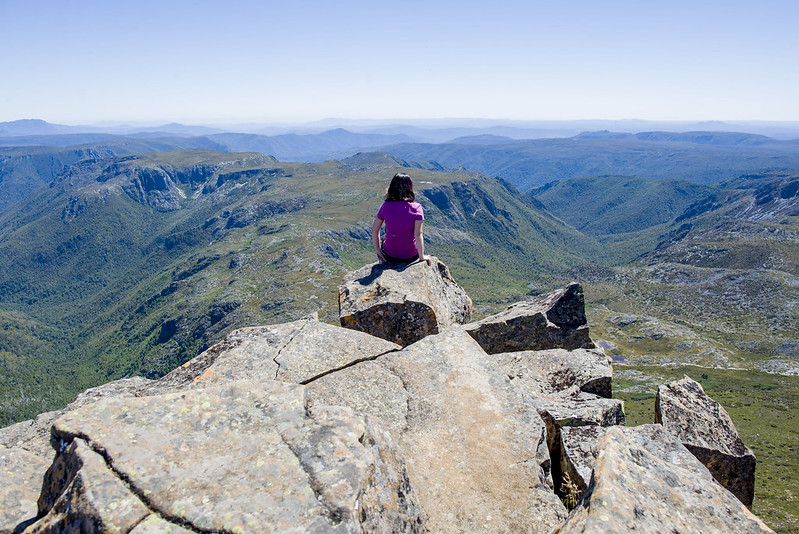 A photo Jackson took of me at the summit. 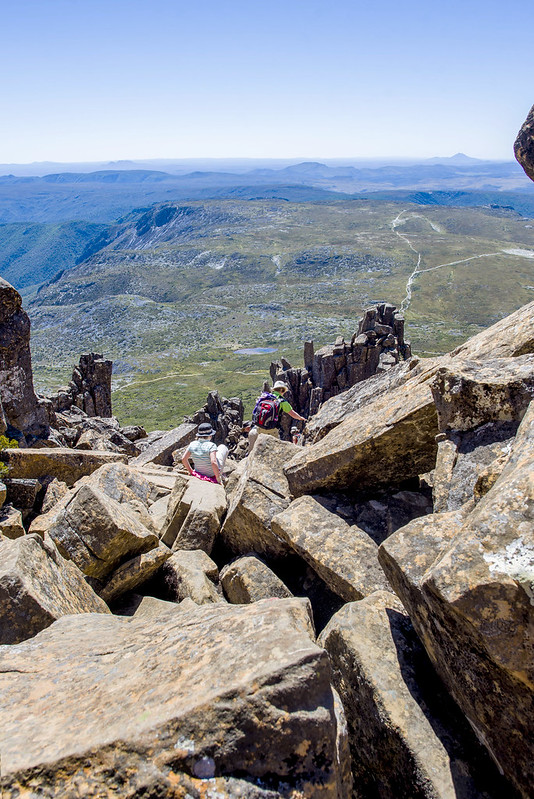 The difficult part – going down. 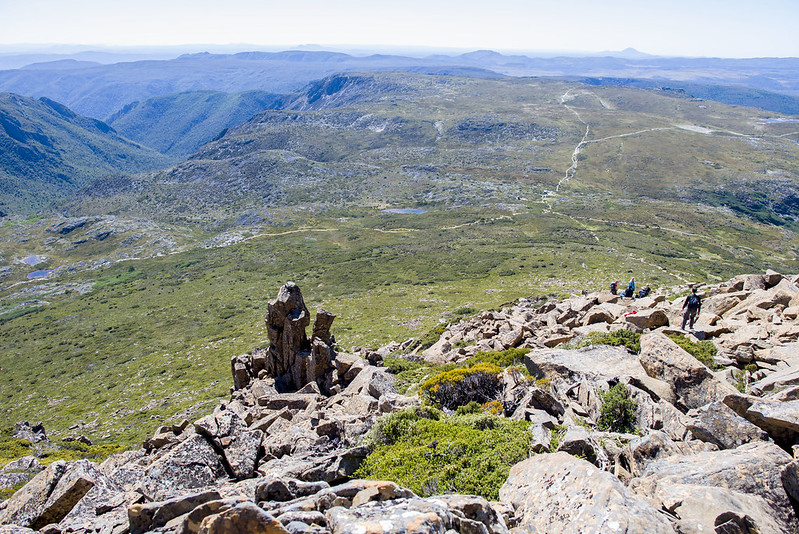 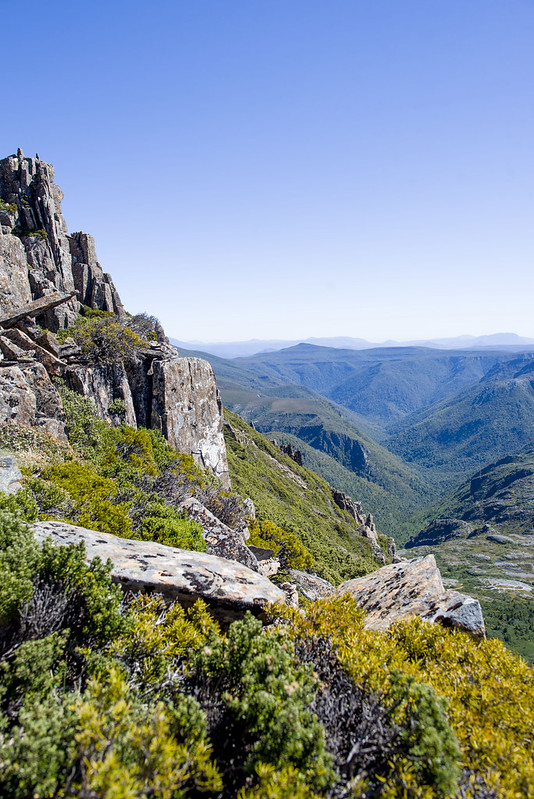 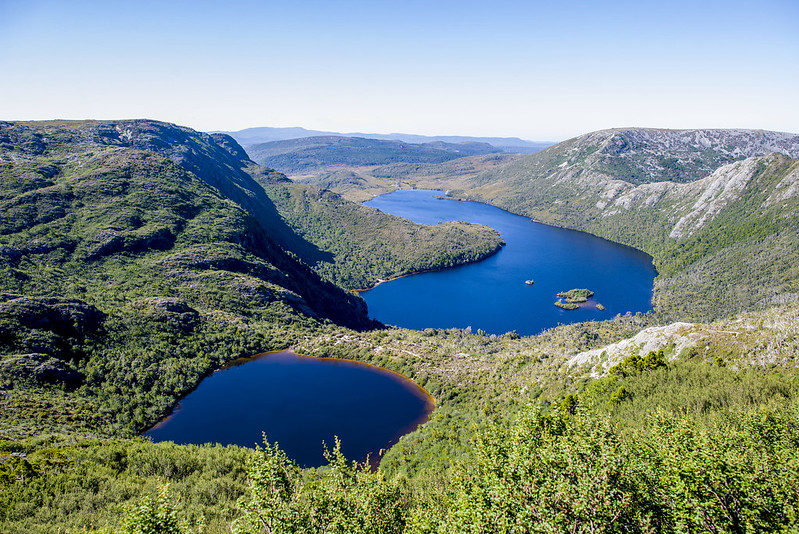 A view of Dove Lake.